It’s my extraordinary luck to have had, for a couple of years, a close seat at the virtuouso performances of Frodo and Frieda, the peregrine falcons that Brisbane takes to its heart each breeding season. They’re movie stars now courtesy of a local newspaper’s live cam that every August kicks in to let us all in on the action as their eggs hatch and their chicks stagger forth to flourish, or sometimes die.

Not that I can bring myself to use these names except to avoid confusion. This Frodo is not on some labyrinthine Hobbit quest. He does not need to question the meaning of life. He does not battle evil or save the known world. His job, and he’s lethal at it, is to chase foolish pigeons until, stupid with terror, they fly into a high-rise window and knock themselves into food at his outflung feet.

If Frodo seems named awry, how much more odd that his mate is Frieda. There are famous Friedas, of course – the poet daughter of Sylvia Plath and Ted Hughes; and Frieda Hempel the opera singer. Both have lived lives magnified by art and drama, though this would mean nothing to a falcon whose cries are thin wails incomprehensible to humans, who translates beauty only through shape and colour and motion.

Brisbane’s Frieda has a foreign falcon namesake, a Frieda who moved from Wisconsin to take up with the cutely named Dakota Ace on a First Interstate Bank in North Dakota. Not that she would care.

The local couple nest on a ledge of Admiralty Towers, a riverside apartment building, but their territory is all the buildings of the east side of the city and the sky that rises from them.

They soar and swoop through the tunnels between office blocks, they spiral past the parks. They save their best performance for the open space above the river and Kangaroo Point where their trajectory is unimpeded and the sun lights their curved beaks, their feathers flared. In the years I lived in a high rise in the city, they would streak past my window, fast as the eye could follow. They fly a gyre that sweeps them around each other – balletic, showy, exultant.

Out of breeding season they are let loose – the speed freaks of Brisbane’s muggy air. Wild and free, thinking outside the city’s squares. 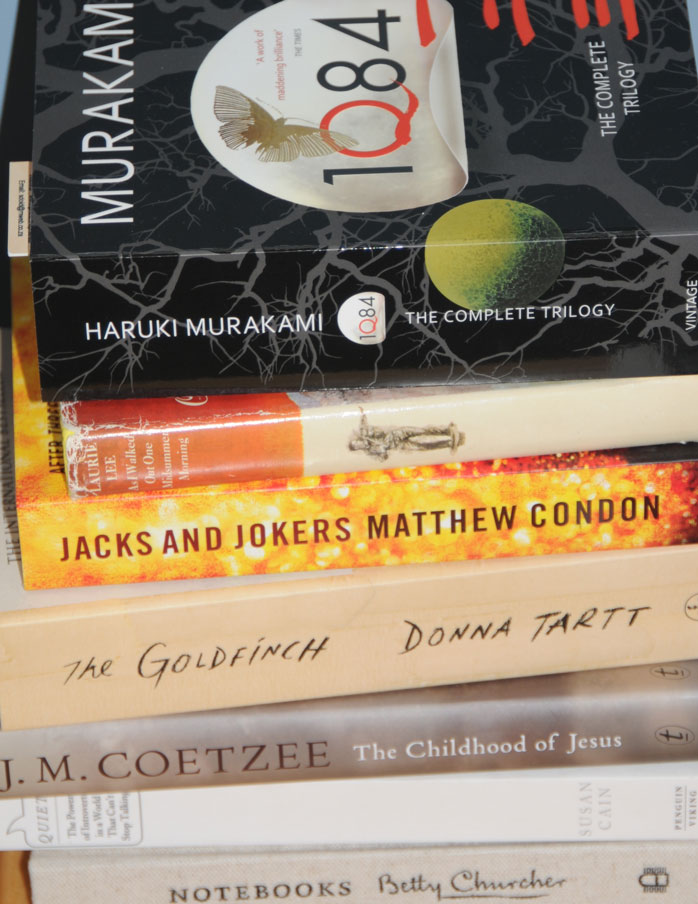 Like many others, I am an Australian by choice but, partly still, African in sensibility. It is likely, therefore, that I would slip into narrative almost without thinking. It is equally likely that if a story is beautiful or intriguing I would be captured, a willing walker on whatever journey the story is unfolding. Which…