A rumination on guilt

Guilt about the Past

By Bernhard Schlink, UQP, 141pp, $26.95 Review by Jennifer Moran
Religion, psychology, law and politics are all concerned with guilt. Literature, too, because guilt is often a by-product of conflict or betrayal or action and they are the staples of stories.

Professor of Law at the University of Berlin Bernhard Schlink has made guilt his subject in his previously published work - his novels The Reader and Homecoming, his short stories collected in Flights of Love, even in his detective fiction, the Self series. Schlink is as preoccupied with the borders of guilt – places where responsibility or remorse might be said to be more accurate descriptions - as he is with actual guilt.

In 2008, guilt was the subject of the Lord Weidenfeld Lectures Schlink delivered at Oxford University. In a publishing coup, University of Queensland Press picked up world English-language rights for the six lectures and produced them in this neat volume with its haunting cover image of barbed wire and black bird.

In the lectures Schlink discusses collective guilt – the guilt that is spread throughout a community and, particularly, the guilt of post-World War II Germany. He mentions the further elaborations of German guilt – the period of student protest in the 1970s and post-reunification guilt about the Communist era. It is the guilt not just of perpetrators but of bystanders, and the guilt that infects succeeding generations, that he explores.

Collective guilt has been widely studied by psychologists and legal practitioners in the aftermath of atrocities in many countries during the 20th and the fledgling 21st centuries. Various volumes have been published examining guilt and reparation in countries as diverse as Israel, South Africa and Ireland, as well as Germany, and our own responsibility in regard to Aboriginal people.

Schlink brings a trenchant intelligence to bear on the subject, elucidating his thinking in an accessible, personal style. He begins with the groundwork of how collective German guilt arose from the events of World War II, discusses how an individual might approach living with inherited guilt, examines the role of law, forgiveness and reconciliation, the 1970s student movement and its generational connections to the past and future, and finishes with a discussion of guilt and literature.

To a certain extent Schlink’s later lectures, in introducing nuance and explanation, undermine his first lecture’s stern attribution of guilt. For example, Schlink states the principle: “to not renounce the other includes one in that person’s guilt for past crimes, but so that a new sort of guilt is created. Those in the circle of solidarity who are themselves not guilty through actions of their own, bring about their own guilt when, in response to attendant accusation, they do not respond by dissociating themselves from those who are guilty.”

In the later lectures a more subtle position evolves that allows that many people act or don’t act, keep silent or appease for reasons that we may not fully acknowledge within the harsher judgment. It raises, too, the question imperfectly grappled with in legal systems throughout the western world - are perpetrators entitled to be accorded the same level of empathy and understanding as their victims?

Schlink’s discussion of the law as it pertains to World War II guilt includes the codification that makes Holocaust denial a criminal offence in Germany. “The law signifies that our society is united in its willingness to accept its past and deal with it – it is a tangible demonstration of that acceptance addressed at ourselves as well as others.” Schlink concedes there are ways that those who wish to deny the Holocaust circumvent the law and also acknowledges the social price paid for limiting what one is allowed to say.

He makes an interesting point regarding the effect of this legislation on literature. “A common version of the demand on fiction to show the whole truth demands that it be representative. So if a book about a Jewish student in the Third Reich contains a German teacher as one of its characters, that figure should exhibit the traits of a typical German teacher from that period, if a movie shows the sufferings of a Jewish family it should not end with an unusually lenient fate for them. An SS officer in a story about persecution and annihilation should be the typical SS officer, and a movie or book about a German helping a Jew should make clear that such help was exceptional.”

Schlink examines whether such a reductionist view of truth may in itself be a denial. “I don’t believe in avoiding or suppressing the tension that reality holds for us. Germans were perpetrators and also victims, the people in the occupied countries were suppressed and also collaborated, Jews suffered and were also involved. Since the tension is already there, an image free of tension couldn’t be upheld in the long run even if it served a noble cause.”

In the course of Schlink’s discussion of guilt, it becomes apparent that the lessons of the Holocaust are not just applicable in parallel situations. If we apply Schlink’s stringent reasoning, we have to consider whether every human has a responsibility to act at any given moment in the interests of humankind. What of the people who step away from the person lying in a badly lit doorway? Are they also guilty if the person is dying from an overdose?

Whether one thinks of guilt in the kind of overarching way that Schlink contends is the norm for many of his generation of Germans, or whether one views it simply as a beacon emotion – useful only as an alert to examine the situation that has engendered the feeling and then to redress the situation, Schlink’s lectures are thoughtful, provocative and relevant. 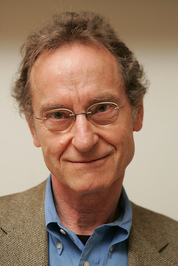