Book Self: The Reader as Writer and the Writer as Critic

By C. K. Stead. Auckland University Press. 437pp. $49.95 Review by Jennifer Moran
He’s been called the critic’s critic, brilliant and sometimes great, the most-read critic, but the superlatives and exaggerations that have dogged James Wood since he began writing for The Guardian two decades ago do not blunt the impact of what he writes. Wood’s secret weapon is his genuine passion for literature, it underpins his judgments and becomes his defence against his own critics.

In How Fiction Works Wood flags this with his epigraph, borrowed from Henry James, “There is only one recipe – to care a great deal for the cookery.”

Wood has published previous collections of essays (The Broken Estate, The Irresponsible Self) which discuss books and the art of writing. How Fiction Works sets out to explain in erudite, discursive prose just how a book fits together the elements of narration (he reserves his greatest admiration for free style), detail, character, language and dialogue.

He’s talking technique. His steady undoing of the novel to make its working parts apparent is given such attention to detail, such dedicated enquiry, that one admires the thinking even when one disagrees with the conclusion. Wood’s points are illustrated from his broad reading so that the discussion flows as though one were in the company of an earnest, learned scholar keen to make us see just how wonderful is this thing he has discovered, keen to have us appreciate all the skills he has come to respect.

How Fiction Works is also a continuing conversation with his “two favourite twentieth-century critics of the novel, Viktor Shklovsky and Roland Bathes”, a combative conversation in part because the two “thought like writers alienated from creative instinct, and were drawn, like larcenous bankers, to raid again and again the very source that sustained them – literary style”.

Wood credits Gustave Flaubert as establishing modern realist narration and suggests novelists should thank him the way poets thank spring. New Zealand’s critic, poet and writer C.K. Stead does not site him so squarely in the pantheon but he does credit Flaubert (and Daudet and Merrimee) for his discovery of “simplicity, clarity and elegance, compactness, and often a shimmering quality that you find also in Chekov, who possibly himself learned it from the French”.

Stead’s Book Self is a collection of previously published work – reminiscence and commentary, criticism, interviews, journal extracts and literary history - which he sees as a sequel to The Writer at Work, published in 2000. It includes his essay “From Wystan to Carlos”, much discussed by poets and theorists since he delivered it at a conference in Wellington in 1979. Included too is his essay on the Ern Malley affair, “The Hoaxers Hoaxed”, which is relatively nasty about literary debate in Australia and somewhat snobbish about the writers we choose to honour. In it Stead forgets that scorn must be unimpeachable to succeed and misquotes Dorothea Mackellar in arguing for a memory stone for Ern Malley.

If there is any stronger evidence needed that grammar, literature and words are a growing popular genre as publishers cash in on the success of Lynne Truss’s Eats, Shoots and Leaves, et al, Bill Bryson, best known for his travel books and his history of science though he has written previously on language and its usage, has now published his own dictionary, Bryson's Dictionary for Writers and Readers (Doubleday, 454pp, $45). It is what he calls “a personal collection”, amassed over 30 years, following his interests as well as his editing requirements. So there are obscure provinces and has-been American politicians, musical terms and brands, diseases and chemicals as well as acronyms and plant names. Occasional grammatical rules are oddly interspersed: “When or links two or more singular items in a sentence, the verb must always be singular.”

In the Preface Bryson asks, “What did Belize use to be called?” which would cause Fowler and not a few editors and writers to blanch. His pronunciation guide is idiosyncratic and sporadic – he has approximated a phonetic spelling, relying on letters rather than symbols, and bestows these on random words (though why it was necessary to provide a pronunciation guide for editors and writers at all is not explained).

Bryson’s is essentially a spelling dictionary, rather than a collection of meaning, though most words get a cursory explanation. Is it as useful as the Shorter Oxford? No. Is there material that can’t be readily googled? Not really. But writers and editors are suckers for words, and their collection, and so Bryson’s book will no doubt sell in spite of its shortcomings. 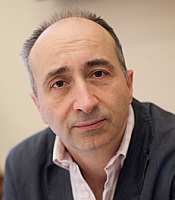